COVID has certainly made the importance of health very clear and we have all seen how quickly things can change with an illness. While COVID is currently front and center in most people’s thoughts, it isn’t the only thing out there that can change your life. Heart disease, diabetes, strokes and cancer can all be devastating too. 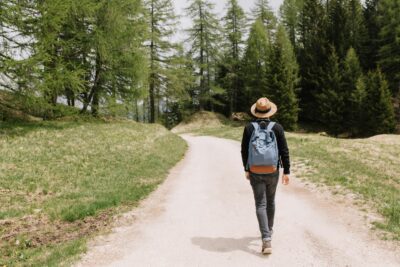 If you’re looking to be more resilient and defend against these things, physical activity can do it. The dangers of being sedentary are well known and documented in the research. Excessive sitting and sedentary time have even been called the new smoking. For many of us, sitting and being inactive is part of our jobs. However, research has shown that getting in enough movement can counteract the negative effects of being sedentary.

A large study done in the U.K. found no association between the amount of time people spent sedentary and their chances of illness. But the authors didn’t conclude that being sedentary is OK. Instead, they felt their findings were likely “attributable to a protective effect of the high volumes of daily walking.” The study was conducted in London, where people tend to spend much more time walking or standing than average. The people in the study had daily walking times that were over double the average amount reported in the U.K.

While walking was the activity in this particular study, other research has shown that all kinds of movement can help protect your health. If you’re looking to get those protective benefits for yourself you could choose to walk, bike, lift weights, dance or garden. If you’re not moving as much or as well as you’d like, see your physical therapist. PTs are the most qualified professionals on the planet to help you move better and allow you to stay healthy and enjoy life. From designing a program to get you started or moving more to helping you recover from an injury, your PT is the right person to look to for help.

Thank you to the American Physical Therapy Association – Private Practice Section for providing this blog.

Prevent Falls, Improve Both Balance & Strength With These Exercises

To maintain your balance, the body needs to feel [...]

Balance in our Everyday Lives

Why is balance so essential to our everyday function? [...]

Heart disease is a leading cause of death and [...]

Beginner’s Guide to Running #1: The Basics

Learn to move well before moving often.  Learning how [...]

About the Author: Colleen Schutt

Colleen Schutt has held various positions at Onondaga PT over the years and you may have seen her in any of our 5 locations. Colleen is currently our Director of Marketing. She is passionate about spreading the word to the community that Onondaga Physical Therapy is the best choice when you need to return to living, working and playing even better when an injury has set you back.
Go to Top